Jasmin is one of the biggest live cam sites you may encounter online. If you are looking for gorgeous European girls, then you are at the right place. The cuties of Jasmin are originating from countries like the Czech Republic, Croatia, Hungary, and also from the big ones, Germany, France, and the United Kingdom. This live cam site will help you fulfill your desires if you are looking for foreign cuties from far away lands. The Jasmin’s story is the best example how you can become filthy rich, if you had a good idea, and you push it through, even if the environment isn’t suitable for it. This site originally came round as an idea of György Gattyán, from the old country of Hungary. The idea was to create a live show that’s a mix of erotic shows and of reality shows, and thus the first cam show was created. This idea has grown into a million dollars business for Mr. Gattyán, and the Jasmin became a total success.

Right now, the Jasmin has more than 64,000 registered performers, and if you visit the site, you can usually find about a thousand of them available. The performers of the site are varied, you can find here all genders, almost all ethnicities, all body types and ages present. If you are worried about the quality, or the site not being real, just a scam, then rest assured, there is nothing for you to worry about. The site works fine, and it’s one of the trailblazers of live cam business, and while it’s always on the top of the lists, the work behind the site and the work of the performers is recognized industry-wide. The Jasmin has multiple award nominations, and it has won most of them throughout the years. The main site, the Jasmin won the AVN Awards as the Best Live Chat Website in 2013, and in the same year it won the Venus Awards in the same category, and to make that year more successful, the mobile site also won the annual XBiz Awards. Throughout the years the site was continually nominated and from a total of 17 nominations, it has won 7. 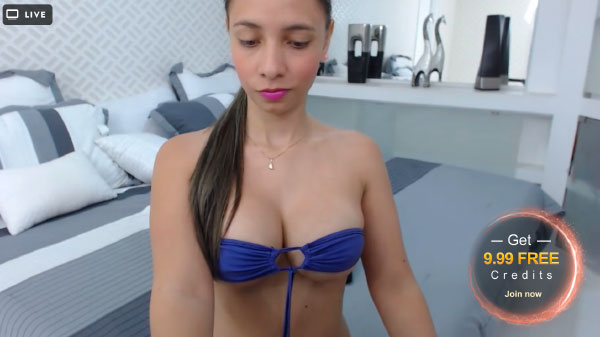 The Jasmin itself is more than 14 years old, and it has gone through many changes since the first version was launched. Nowadays most of the live cam sites are following the trends that the Jasmin dictates, that’s why you may find the design and the layout of the site familiar. The whole site is Flash-based, but it’s surprisingly fast and offers lots of features. The color scheme has changed a lot, because back in the early days the site was mostly black, with a few red elements helping the navigation, but nowadays the red color rules the site. The layout is the popular tile-set view, which is a whole-page mosaic of the performers’ thumbnails, without any frames around them. The only thing you can see on these thumbs is the nickname of the host. The thumbnails on the site are active, and if you stop your mouse over them, the system connects you to the performer’s stream. When you click on the thumbnail, the chat window opens, and if you are logged in, and the girl is available for free chat, you can start talking to her, or discuss the details of the show you want to watch.

There are many features inside the members’ zone but don’t worry, the layout is the same as outside. If you want to narrow down the list of the performers, you can easily do so, and you have two options for that. The first and most evident is typing keywords into the search bar. Before you hit the search button, make sure to set the gender, (female, male, and tranny). If you want, you can select the attributes of the desired performer from the menu next to the search bar. You may select physical attributes like height, body type, body parts’ size and you may choose the features that the show should cover. There are other basic and advanced features like two ways audio, snapshot making, virtual gifts. You may also enjoy cam to cam shows if you find a girl who supports that feature. The Jasmin has a fully operational mobile site too, that works just as you could expect.

There are more than 64,000 performers registered on Jasmin. This is not just a large number, but it also means that you will surely find the kind of girl (or guy, tranny) you are looking for. The performers are varied, most of them can be considered as professionals, while there are always newcomers who are trying the set foot in this business. You can take a good look at the models because many of them have good quality, high-res photos shot and organized into a set or a slideshow. The quality of the videos is a capital attribute that needs to be inspected when it’s about a cam show site. Jasmin isn’t on the top for nothing. The models are all using high-quality equipment, and the most active and most famous girls offer HD shows too, and some of them have professional camera standing on a tripod and controlled by remote.

The Jasmin is considered to be the biggest live cam show site, and it has a huge visitor-base, and thanks to them, this site is among the highest ranking websites. The large performers’ database will make you spend hours on the site looking for the girls one by one, but if you have a specific thing in mind, you can always use the search engine on the advanced filtering options to find the one who could make your fantasies come true.