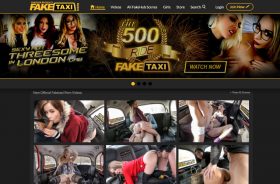 You will be surprised on the different scenarios and motivation to get these girls to give in, and since these are shot in real life, and they don’t really follow a particular script, you get to have these awesome videos with mind-blowing sex stemming up from different stories and scenes. These naughty cab drivers are certified geniuses, and we salute them. However, if you want access to all these exclusive videos which you won’t find elsewhere, then you would need to sign-up for membership. Don’t worry. The sign-up process is pretty standard and would not even take too long. There are three membership options: thirty days, ninety days, and a hundred and eighty days. It is all up to you. The best offer, though, according to Fake Taxi, is the longest one.

If you are still unsure though if this site is really for you, then no worries because there is a trial option that you can select to get a three day access into the site for a very low fee. With the site’s tagline, “the best ride in town”, you will get to see just that: real beauties from London and Prague getting tricked by fake cabbies. Their adventures are all recorded into full high-definition 1080p videos, all available for members’ unlimited streaming and downloading supported by fast servers. Craving for more? Then if those thousands of videos are not enough for you anymore, it will be really good for you to know that the site is also updated with new and exciting videos twice a week. 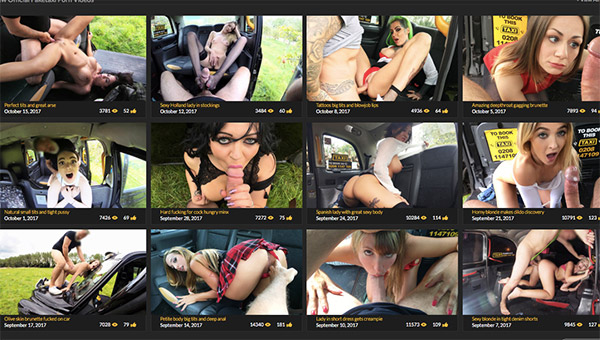 Similar to its logo and the entire network’s branding aesthetic, the website design sticks to the familiar black and yellow theme. The layout is simple and you’ll be able to get access straight to the videos themselves with no distraction: just two green buttons on the side to invite you to either log-in or sign-up. These videos are offered through an effective preview containing different thumbnails of the most action-filled scenes you will get to see on the video. Hence, upfront you will already get an idea if you are going to enjoy a video or not. The titles are pretty straightforward though like “Anal sex pays for Czech hottie’s fare”. Then you are also provided of a short paragraph on the synopsis of the video. From these thumbnails, you are already provided with the idea that the videos are all of the good quality with clear images and decent lighting, provided that they were shot by a camera probably more compact than the usual as it can get discreetly installed inside a taxi cab.

One of the usual worries of people who sign up for reality porn sites are the girls, and we totally get that because there are definitely quite a number of sites out there who do not really try to choose the girls that they are going to film. Most of them would just go for who is willing to go but not on Fake Taxi. Though there are limited ways to specifically choose who’s going to ride your cab, the females on the site are real beauties. It is actually pretty surprising to learn that there are a lot of beautiful women in the streets of London and Prague who are willing to fuck their way out of a difficult situation. The cab drivers are also lucky bastards because they get to fuck all these beautiful hotties for a living, not to mention that all their sexcapades have their own healthy dose of thrill! Let us mention a few of our favorites.

First, we have the blond beauty, Tamara. The video dubbed her as every man’s dream. Man, does this chick have boobs! In the video, you’ll get to see her plump tatas titty-fuck the cabbie, and get pounded in all sorts of awkward positions inside a cab. She even gets to be fucked in her ass! This video is indeed priceless. Another video worthy of mentioning is about another blondie with even bigger boobs, only, this time, she’s got the ass to match. As luck would have it, she is also a TV personality. Who knew that this star would get easily convinced to fuck a cab driver? In the video, you’ll get to see her give the cabbie a nice deep-throating blow job. Minutes later, cum is already covering much of her face and the action doesn’t stop there! To return the favor, the cabbie also gives her oral and then mounts her doggie style.